What impacts will the changing nature of work and the workplace have on travel?

The nature of work is changing fast. Online working, flexible hours, the rise of self-employment and outsourcing are shifting working needs away from conventional 9am-5pm employment patterns. At the same time, these trends are creating an increasingly virtual and varied working environment, forcing changes in the design of the modern office and a rethinking of its purpose. The implications for urban design and travel patterns, including the traditional ‘rush hour’, could be profound and the need to understand the impacts of these changes is greater than ever.

To debate these important questions the ITC hosted a Discussion Evening on 21st October 2015 chaired by ITC Commissioner Kris Beuret OBE. More than 70 guests attended and the subject was introduced through talks from a distinguished panel of experts, including Amanda Rowlatt CBE, Director of Strategy at the Department for Transport; Professor Jeremy Myerson, Helen Hamlyn Chair of Design at the Royal College of Art; and Nicola Gillen, Director of Strategy Plus at AECOM. 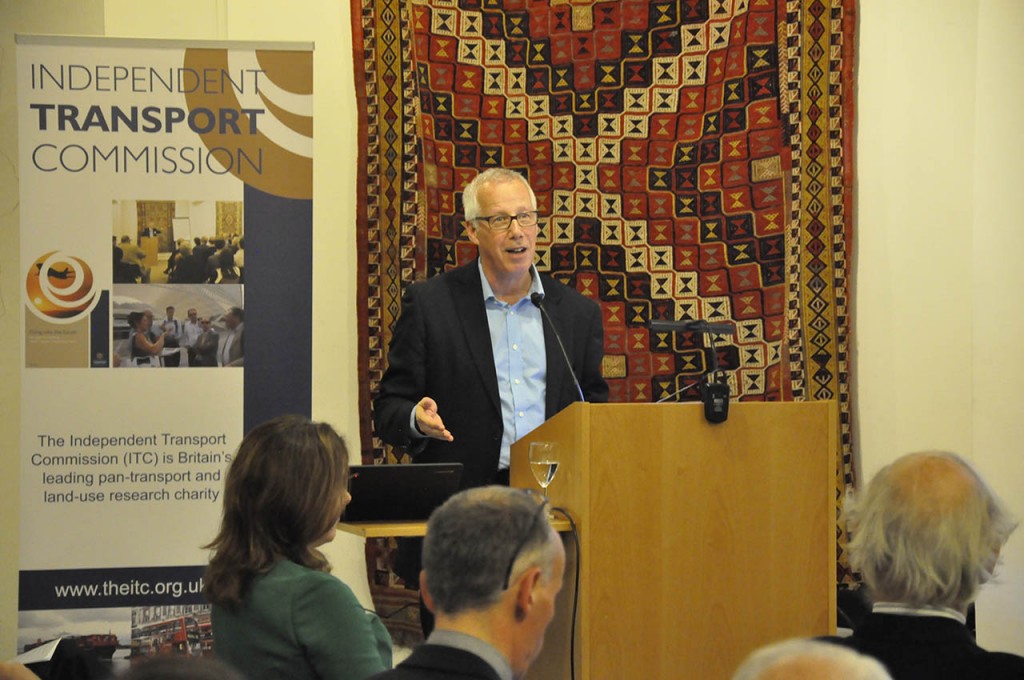 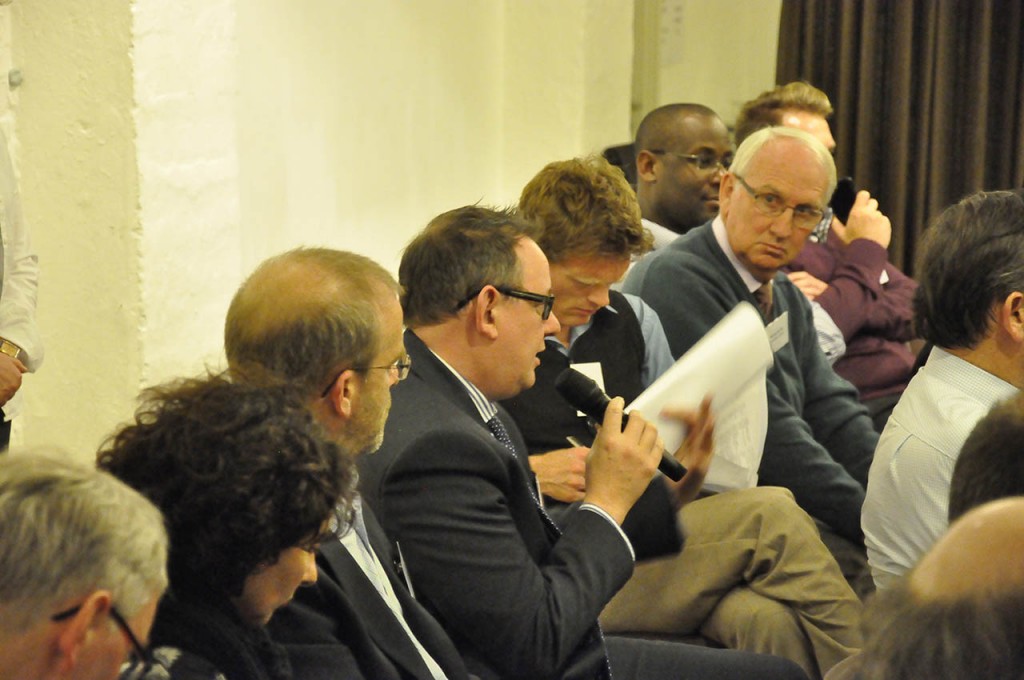 Delegates put questions to the panel during the evening’s discussion

Some key themes emerged during the subsequent discussion. It was noted that the desire to work while travelling was increasing, and delegates suggested that transport providers should take this into account when designing passenger vehicles. Similarly, working patterns and their travel impacts differ by region, which raises the importance of understanding working patterns when planning housing developments. Guests observed that we needed to anticipate whether structural changes in employment would continue, and whether real-time data, such as that held by Google, could helpfully be used to understand working patterns better. It is clear that we need to seize opportunities for managing peak travel hours with more flexible travel options, such as part-time season tickets, or greater use of real-time information to help smooth travel flows. Drawing from recent research, some delegates noted that full-time homeworkers still expressed a desire to move and get out of their homes each day, which could have benefits for the local economy, with meetings taking place in public venues, cafes or hubs. Finally, attendees pointed out that working patterns could be affected by disruptive events or shocks. The 2012 London Olympics and recent transport strikes were cited as examples where citizens had been forced to reconsider their travel and working patterns in order to bypass problems with their usual means of transport. As a result, people had developed more flexible approaches to their working practices, or changed how and when they travelled: effects which in some cases resulted in long-term behaviour change.