In recent years there has been a marked stagnation in car travel demand in the UK. Research has indicated that this may be an international phenomenon: we are seeing a levelling off in car travel demand in developed countries once GDP per capita has passed a certain level. At the same time rail travel growth has been substantially higher in the UK than in other comparable countries. This project is investigating the reasons behind this phenomenon in the UK, its relation to increased rail travel, and modelling the effects this will have on other modes of travel. 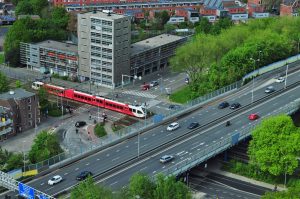 The first phase of the study began in 2012 and included a national Call for Evidence on this topic. For more information and to read the submissions please click here. The report from the first phase of this research, using NTS data to 2007, is entitled On the Move: Making sense of car and rail travel trends in Britain, by Professor Peter Jones OBE and Scott Le Vine. A Scottish version of the report was released in summer 2013 and a supplement looking at van travel trends in October 2013. An update of the study, looking at trends during the recession and afterwards (2008-14) was released in 2016 (see below).

The second phase of the study involved an attitudinal study as well as mining data from the commercial sector for details of behavioural change. In July 2015, the ITC released these findings in our report On the Move: Exploring attitudes to road and rail travel in Britain authored by Social Research Associates. In this report, the researchers investigated attitudes among four key groups that have each had a particularly strong impact upon overall travel trends: younger people, pensioners, migrants and business travellers. The findings are the results of data collected from almost 5000 residents, drawing from a range of consultation exercises including interviews, survey work and group discussions.

In December 2016, the ITC published an update to our previous ‘On the Move’ reports to include data from 2007-2014. Recent trends in road and rail travel: What do they tell us? On the Move 2 (1995-2014): Overview and policy analysis was also accompanied by a Technical Report authored by researchers Peter Headicar and Gordon Stokes. With the publication of several years of new NTS data sets, the ITC believed it was timely to update the original ‘On the Move’ study in order to investigate whether the recession and economic climate had caused any medium-term change in the travel trends identified, or whether these had actually been continuing.

The ITC has since been exploring more deeply what has been driving major travel changes in rail and bus use. First, we examined a range of factors external to the rail industry that have affected rail travel growth over the last 20 years, including residential location, employment structures and job location. This report, Wider Factors affecting the long-term growth in Rail Travel, was published in early 2019 to widespread acclaim and demonstrated the extent to which policy decisions on housing, planning and industrial strategy have boosted the market for rail commuting.

Second, we have been examining the causes of the decline in bus travel over the last decade. In particular, we are comparing areas that have seen a decline in bus usage with those that have seen an increase, to determine why such variation exists in bus trends across England. This report, The changing shape of the Bus market in England, was released in early 2020 and we will considering further work to understand better these changing behaviours.

We are grateful to the trustees of the Rees Jeffreys Road Fund for a generous grant which has made this study possible.