What will be the policy impacts of new aviation technologies?

What will be the policy impacts of new aviation technologies?

Aviation is likely to be transformed over the next 30 years by a range of innovative technologies, including unmanned aerial vehicles, new forms of propulsion, and airspace management systems. Yet while much attention has been given to the nature of these technologies, questions remain about their impact on policy making. How should policy makers incorporate these technologies into their long-term planning? How far will new tech help achieve wider policy objectives, such as the net-zero carbon goal? And what steps should policy makers be taking now to ensure that the adoption of new technologies runs safely and smoothly?

The ITC has teamed up with the CAA to commission a major research project on these issues, and to debate this topic we were very pleased to welcome a distinguished panel of experts at our digital Summer Discussion Event held on 14th July 2021. The discussion was chaired by ITC Commissioner and leader of the ITC’s aviation workstream Dr Stephen Hickey, and the expert panel also included: Gary Cutts, Director of the UKRI’s Future Flight programme; Matt Gorman MBE, Carbon Reduction Manager at Heathrow Airport; and David Tait, Head of Innovation at the Civil Aviation Authority. An introduction to the ITC/CAA research study was provided by project researchers Chris Cain and Basil O’Fee from Northpoint Aviation.

What will be the policy impacts of new aviation technologies? Key issues from the speakers: 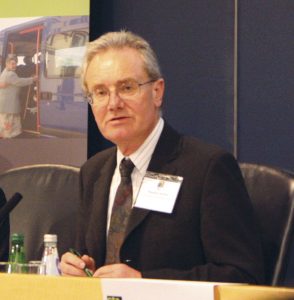 The discussion was chaired by Dr Stephen Hickey, Chair of the ITC’s aviation working group.