What will be the impact of aerial drones on transport?

One of the most significant technological developments in recent years has been the proliferation of aerial drones for civilian and non-military uses. Autonomous aerial vehicles are now being tested for a wide range of uses, including commercial, freight, scientific and recreational purposes. A range of opportunities now exists to extend the use of drones into areas including search and rescue, cargo deliveries, and passenger transport. For instance, Dubai has announced testing this summer of a passenger drone for travel in the city area. However, these developments raise serious questions about the consequences of aerial drone proliferation, including public and aviation safety, airspace management, protection of privacy and security. What will be the future impact of drones on transport and how can this be best managed?

To debate this important topic the ITC was delighted to welcome a distinguished panel of experts on drones to our Autumn Discussion Evening on 26th October 2017. Chaired by ITC Commissioner and host Dr Stephen Hickey, over 60 senior experts attended and the subject was introduced through talks from a panel comprising: Professor Tom Cherrett, University of Southampton; Tim Johnson, Director of Policy at the CAA; and Olivier Usher, Head of Challenge Prize research at NESTA. ITC Patron Lord Freeman also explained how he was advancing the question of drone safety in Parliament.

The impact of aerial drones on transport – Key issues raised by the speakers: 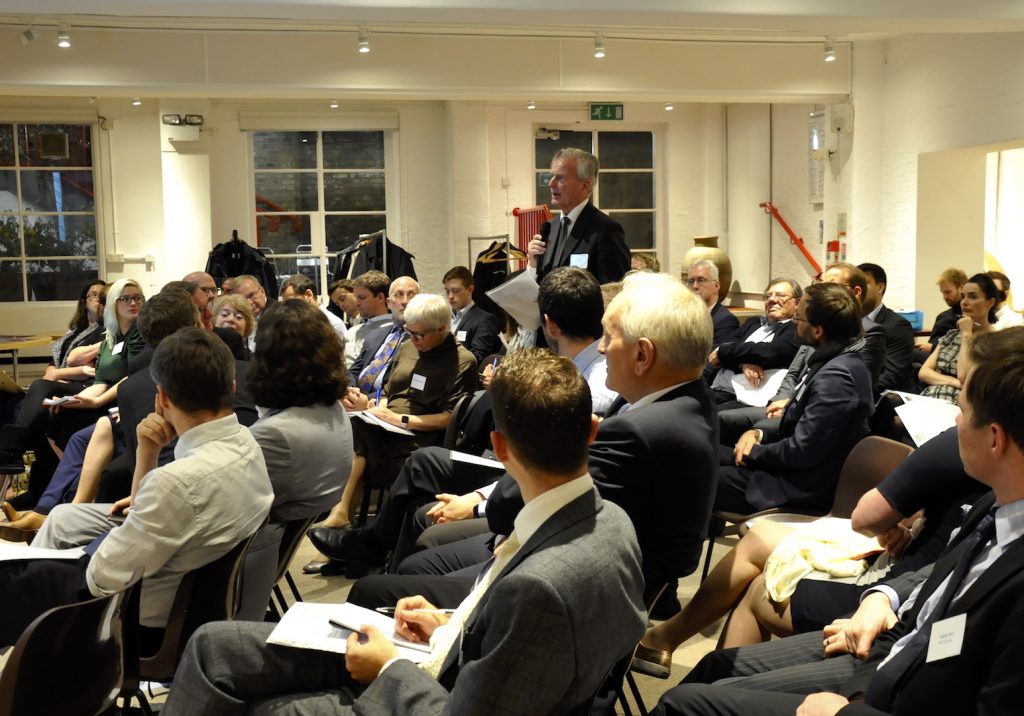 ITC Patron Lord Freeman talks about his work in Parliament.

Key themes raised in the discussion