How can we improve urban freight distribution in Britain?

Against a background of rapidly changing retail behaviour, concerns about urban air pollution, and the importance of moving goods in a cost-effective manner, the need to improve freight movements in our cities is as important as ever. Can we find ways of serving our wants as residents and consumers while addressing these issues? Using a range of case studies the ITC has been exploring new urban freight initiatives in London and assessing whether these might be applicable elsewhere in the UK.

To debate this important policy issue the ITC hosted a Discussion Evening on 14th July 2016 with a panel of senior experts. Chaired by ITC Commissioner and former British Ports Federation Director Nicholas Finney OBE, over 70 guests attended and the subject was introduced through talks from a distinguished panel of experts comprising: Dr Tom Cherrett, Associate Professor in Urban Logistics at the University of Southampton; Ian Wainwright, Head of Freight and Fleet Programmes at Transport for London; and Phil Roe, Managing Director of Transport at DHL UK & Ireland. 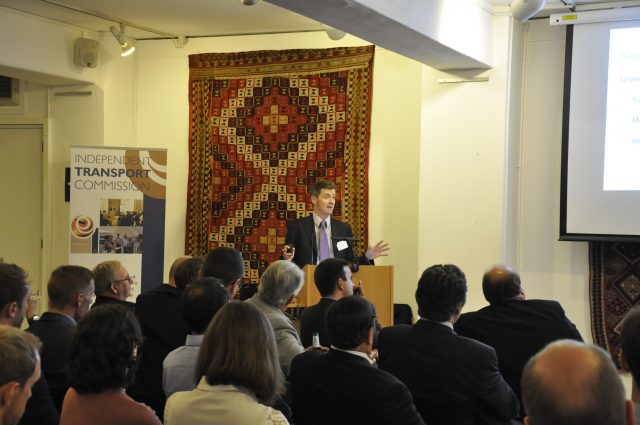 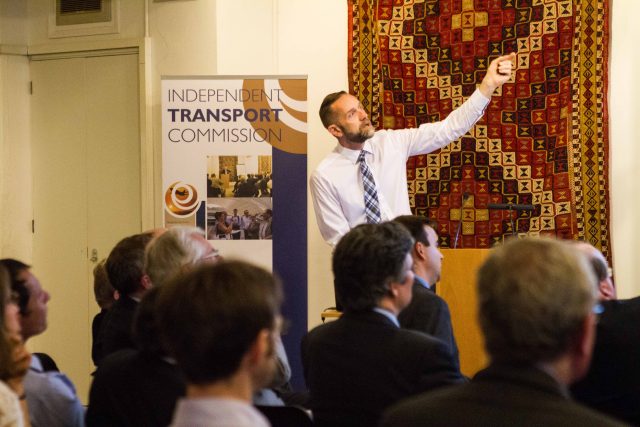 Ian Wainwright presents his perspective to the audience 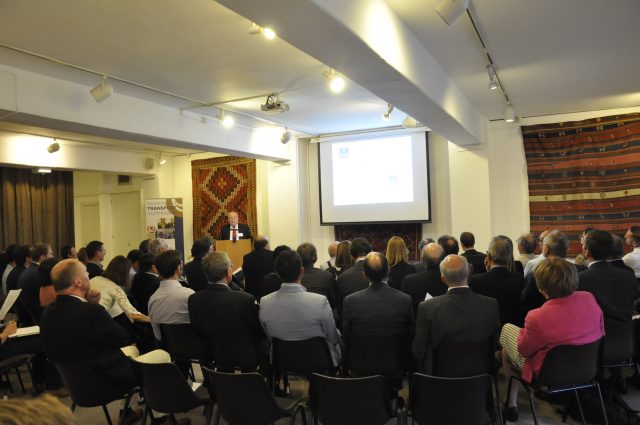