How should transport policy be reformed to help the industry recover from the pandemic?

How should transport policy be reformed to help the industry recover from the pandemic?

The Covid19 pandemic has seen the severest restrictions on travel most of us have encountered in our lifetimes. As mass vaccination offers hope for a gradual way out of lockdowns, the time is ripe to explore how transport policy in Britain could be reformed to help the industry recover. How should policy makers take account of the ways in which the pandemic has reshaped our travel needs, behaviours and how we use cities? Will we need new incentives to encourage public transport usage and a prevent a permanent increase in private car travel? And what does ‘build back better’ actually mean for our transport infrastructure?

To discuss this crucial topic, the ITC was delighted to welcome a distinguished panel of experts at our digital Spring Discussion Event held on 11th March 2021. The discussion was chaired by ITC Commissioner and public transport expert Sarah Kendall, and the expert panel also included: Elliot Shaw, Executive Director of Strategy and Planning at Highways England; James Angus, Principal Policy Lead, System Operator at Network Rail; and Steve Canadine, Managing Director of Transportation at Mott MacDonald. The ITC was also pleased to welcome insights from ITC Patron and former Secretary of State for Transport The Rt Hon. Lord McLoughlin CH, and from Chris Loder MP of the Transport Select Committee.

How can transport policy be reformed to help recovery from the pandemic? Key issues from the speakers: 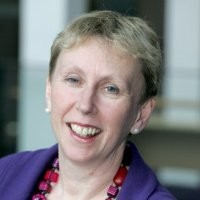 The discussion was chaired by public transport expert and ITC trustee Sarah Kendall.